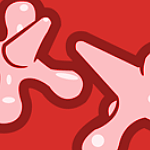 I'm confused. This policy is not user friendly and the workaround requires parents to create--and more importantly: *monitor*--multiple email accounts. And this isn't just a problem for moving from one district to another, but not everyone lives in a unified district so the high school and elementary school districts could be different, so if you have multiple kids, they could easily be in different districts yet they share the same home address, home phone number...

Also, from an educator/administrator perspective, this multiple email address workaround is counterproductive to efforts aimed at improving communication between schools and parents. Plus, since parents can provide any email address they want to a school district for regular communication there is no FERPA issue at play, so this comes down to technical account management.

If the databases between school districts are truly separate and differently managed, why shouldn't I be allowed to reuse my email address as the parent? If PowerSchool is using email address as a key for authentication, and authentication is happening outside the database/district (via PowerSchool servers) why does the key not include something specific to the database the account is for? Otherwise, PowerSchool are misrepresenting the account I set up at a district access point as one for the district when it is actually an account for PowerSchool itself plus access to only one single associated district.

This shouldn't be hard to resolve. It is simple enough to add a district database identifier on the back end (invisible to the user) to their existing key of the email address, e.g.: email@domain.com turns into email@domain.org#districtid as a key. So as I might go through the process to matriculate my child from one district to another that also uses PowerSchool, I have one account from the first district (key: name@gmail.com#lausd.net) and I create another at the new district (key: name@gmail.com#schools.nyc.gov) both sharing the same email address but internally treated as different keys/accounts.

Activities triggered within the district, like notifications, would still only go to accounts keyed to them. As a parent, I would have to log into different district PowerSchool portals allowing the administrative policies and features with that district's database/installation to reign, but that's to be expected since PowerSchool is a tool of the district and not the other way around. The mobile app could list all districts the email address is associated with and allow me to switch between them, asking for a password each time for security.

The way things are just feels klunky and unnecessarily makes it difficult for parents and school districts to connect to each other, especially in environments where there isn't a K-12 unified district and/or you have children in different districts, or when you move and the enrollment process overlaps with the "old" district's calendar by several months, etc.

What happens if you switch to using phone numbers as a key? Is the suggestion to get a new phone for each district you have to interact with? Please fix this. It's 2022. Parents should be able to communicate with schools using the same contact information for all.

Thank you for sharing your feedback.

Since there isn't any transfer of records between the districts' PowerSchool Instances, new records are created by the PowerSchool SIS Administrators at the district level.

However, we value your feedback and encourage you to share your requirement as a feature request on the PowerSchool Ideas Portal.

You can learn more about the Ideas Portal below.

Submitting an Enhancement Request in the Community

I appreciate that records are stored separately, and it is often brought up in the threads that the districts do not share databases, yet for PS Enrollment, it appears as if districts do share a parent's authentication account -- so all is not separate.

PS SIS, which manages access through it's own district-specific account id, can be used by parents to click through to PS Enrollment services so in that case I'm actually logging into one account and accessing the other without entering the password for the second.

Once your child has been enrolled at the district, for returning student registration, districts can enable Single Sign On between PowerSchool SIS and PowerSchool Enrollment to allow parents to submit a form directly from the Parent Portal.

This is good information.

If a single email for Enrollment works across districts and those districts' Single Sign On features redirect parents from their SIS installs to the correct associated district/student data for Enrollment, then: great!

I'm still not fond of having multiple accounts (one email-based for Enrollment and one for each SIS) but I see now why you are separating them out.