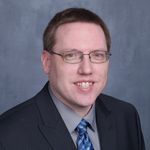 Did your issue get solved? Please remember to give Kudos and/or select Accept As Solution on the helpful posts to thank the author and to help others find the solution. Thanks!

Is there a way for individual teachers to be notified directly from Power School when there is going to be planned maintenance?

Generally PowerSchool is pretty good at posting banners in PowerSchool Learning for teachers and students to see. It's not always good at doing the same in PowerSchool SIS or the Unified Classroom.  As the PowerSchool Admin I will forward some of the messages, especially if an update is planned during a critical grading period.

@DanM3 Do you know if teachers and students were notified with a banner about the issue with Google Docs/Handouts suddenly being unavailable to students in Learning?  We found those teachers using the UC assignment content blocks were ok, but those using Learning assignments had students unable to submit assignments to them.  Someone suggested saving a Google Doc to their desktop to upload for the assignment, but that doesn't work for students with Chromebooks.  Just curious because I keep getting help desk tickets from students about their Google Drive "disappearing" from their class pages.

“Good, better, best. Never let it rest. 'Til your good is better and your better is best.” - St. Jerome
0 Kudos
Reply
Share

@VictoriaP Yes, I saw something yesterday on both the teacher and student side of my class page. In reading through the forums here it was reported over the weekend, but PowerSchool didn't recognize it until sometime yesterday morning.