Tests Timing Out in PowerTest

PowerTest has a built-in security measure called “kiosk mode.” Kiosk mode is intended to prevent students from accessing other computer programs during testing in an effort to mitigate the possibility of cheating. 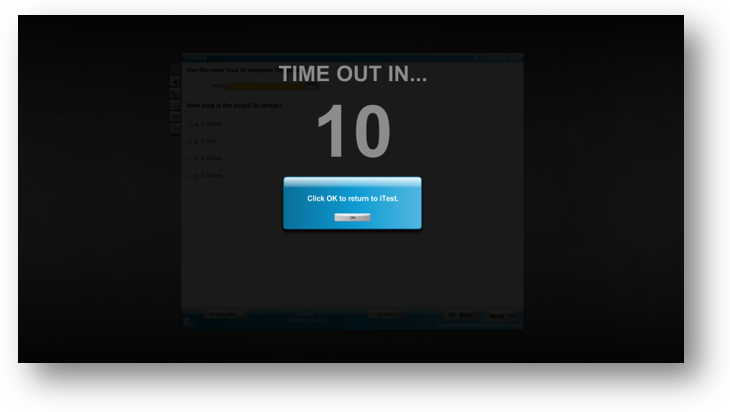 When PowerTest detects a student is attempting to navigate away from PowerTest or open another program, kiosk mode is activated. The student’s screen goes black and begins to count down from ten in large white numbers.

*Note: In rare instances, kiosk mode has been triggered by other causes such as automatic updates on the computer, screen savers, or a variety of key strokes (ESC, Windows key, F3, F4, F7, F11, CTRL+SHIFT+TAB, and ALT TAB). If a teacher is able to confirm that a student is receiving this kiosk function without intentionally attempting to leave PowerTest or hitting any of the above keystrokes, he or she should contact an ITRT to see if the operation is being triggered by another program.